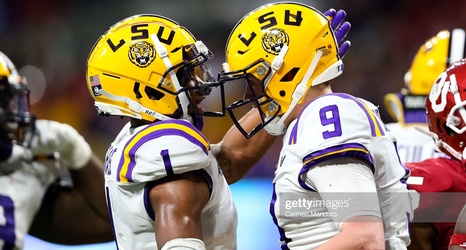 Ja’Marr Chase opted not to play during the 2020 season after his stellar campaign the year before, which saw him put up over 1700 yards with 20 touchdowns for LSU. Since he hasn’t played in over a year, the last meaningful pass he’s caught came from Joe Burrow.

With the Cincinnati Bengals having selected him fifth overall in April, so will the next one, as they reunite the Tigers connection in their offense, which cost them two top-five picks over the span of two years to do so. And they’re also counting on that connection carrying over, though Chase believes it will.