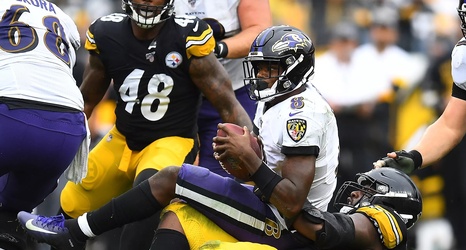 And then there was one.

Undefeated team in the NFL, that is. The Steelers are 6-0 courtesy of a 27-24 win at Tennessee last Sunday that was a near-perfect example of snatching defeat from the jaws of victory. They played a stellar first half and built a 27-7 lead by the early third quarter. Then, they dipped into the “how to blow a big lead” playbook by giving up a quick score on defense that flipped the momentum and authoring a series of conservative possessions with the occasional turnover on offense. Not until Tennessee kicker Stephen Gostkowski unexpectedly pushed wide a game-tying field goal in the final seconds was the victory secure.