Is Steelers James Washington the most reliable receiver in Pittsburgh? 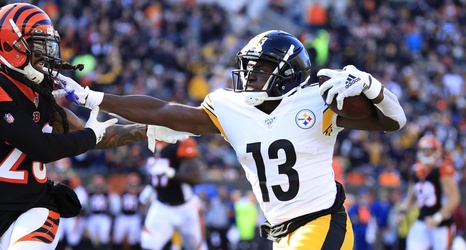 Steelers wide receiver James Washington had a rough rookie sesaon in 2018, to say the least. After a promising preseason during his first year in the league, the second-round draft choice failed to make a difference when it mattered. According to Pro Football Focus, he finished the 2018 season tied for the lowest overall grade (49.2) among all qualifying wide receivers.

After catching just 42.1 percent of his targets as a rookie, the young wide receiver has turned a new leaf. In fact, Washington has been the most consistent offensive weapon on the team over the past four weeks.