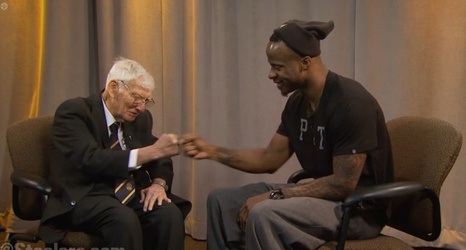 Ike Taylor ranks in perhaps the top five cornerbacks in Pittsburgh Steelers history—at least he does on my list. There aren’t too many that you could put ahead of them who aren’t in the Hall of Fame, as Mel Blount, Jack Butler, and Rod Woodson are.

He won’t ever get in the Hall of Fame, but he’s always had a Hall of Fame mouth, and he continues to use it to talk about one of his biggest passions: the Steelers. He recently talked to Brian Batko of the Pittsburgh Post-Gazette, mentioning even that he has a Steelers podcast.