‘I Take That As A Compliment’: Diontae Johnson Excited By Ranking In ESPN’s Open Rate Metrics 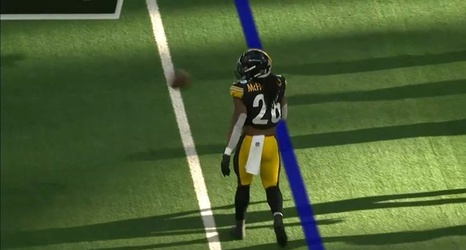 The 2022 season has not gone the way that standout Pittsburgh Steelers wide receiver Diontae Johnson was hoping it would go, especially after signing a lucrative two-year contract extension in training camp.

Through 10 games, Johnson has struggled to produce at his typical high level, having hauled in just 51 passes for 456 yards on the season. He has yet to find the end zone either, which is causing some frustrations for the fourth-year receiver who has been one of the top 10-15 receivers in football each of the last two seasons prior to 2022.

While he’s not frustrated with rookie quarterback Kenny Pickett, he is rather frustrated with the way defenses are covering him and the way the offense is struggling to get him looks against certain coverages.