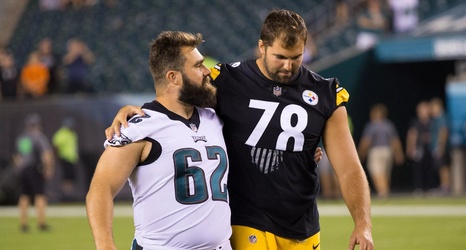 The 3-0 Steelers take on the 1-2-1 Eagles at Heinz Field this Sunday afternoon. It’s two first-place teams battling it out for not only continued standing in their respective divisions but for professional football bragging rights in the state of Pennsylvania.

Or maybe not on the latter.

I just don’t feel things for this rivalry that I should. I realize these two teams have fans who hate one another, but do they really, or are we merely talking about citizens from the two biggest cities in the Keystone State that can’t stand each other?