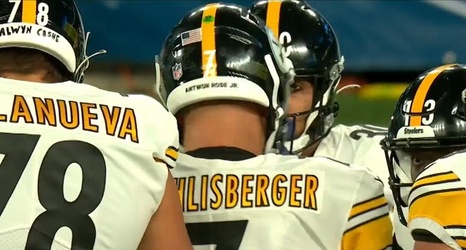 The name of Alwyn Cashe was displayed prominently during the Monday Night Football broadcast of the game between the Pittsburgh Steelers and the New York Giants. It was written, in marker, on the back of Steelers left tackle Alejandro Villanueva’s helmet—there all expected to see another name, Antwon Rose Jr.

The team made a big deal about being united on this and other issues. It’s what Steven Nelson and James Washington were quoted as saying on the team’s own website in the days leading up to the game. An article there quotes Blake’s mother as expressing her appreciation for the fact that everybody would be wearing her son’s name.