Heyward Credits Turnover Production Of Bush, Fitzpatrick To ‘Assignment And Execution’ As Much As Luck 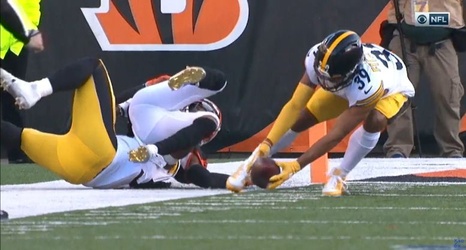 After a very brief one-game hiatus, the Pittsburgh Steelers defense became the Stealers once again, picking up another two takeaways, both key in their 16-10 victory yesterday over the Cincinnati Bengals. From Week Two onward until their Week 11 loss to the Cleveland Browns, they had recorded at least two takeaways in every single game.

That streak was snapped, but don’t let that stop them from starting a new one. And it should be no surprise that it was the two men involved in the majority of their takeaways who go the ball rolling, so to speak.