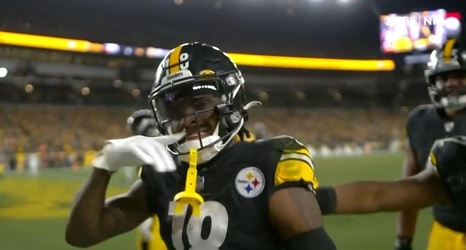 New series for the site over the next month. I promise we’re not going all Embrace Debate on you but Jonathan Heitritter and I have teamed up to debate issues we have genuine, good-faith disagreement over Steelers-related topics. Let us know who made the better argument and what side of the debate you come in on in the comments below.

Today, we’ll start with the question…

Even though I have made the argument of why it is plausible that the Pittsburgh Steelers could re-sign WR Diontae Johnson this offseason on several occasions, I personally wouldn’t be a fan of the move for several reasons.