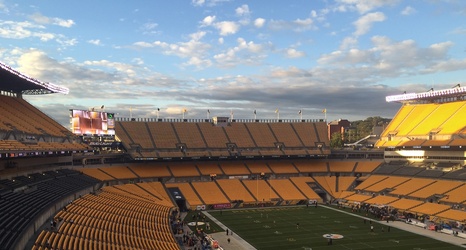 Ticket sales website SeatGeek.com ranked all NFL stadiums based on atmosphere, food and bathrooms, and the Steelers' Heinz Field ranked in the top third in the league in all three categories.

The rankings are a result of a survey of over 3,200 NFL fans ranking stadiums they’ve visited on a scale of one to five.

Heinz Field's atmosphere received an average rating of 4.5, ranking it ninth in the league and the best in the AFC North. The stadium guide names the team's history on display throughout the building, Terrible Towels, and "Renegade" as the major contributions to the atmosphere.