Haskins Grateful For Tomlin’s Hands-On Approach With Him 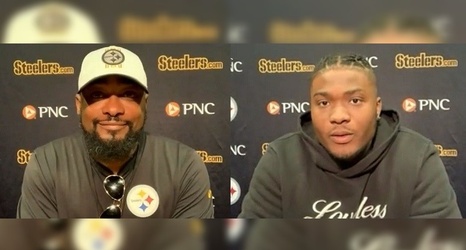 Pittsburgh Steelers quarterback Dwayne Haskins has been and still is one of the most intriguing players on the team’s 90-man offseason roster. Why? Well, it’s obvious, right? He’s a quarterback and a former first round draft pick who is still very young and he has a cannon for an arm.