Greg Roman On If Ravens Focusing On Keeping Watt From Record: ‘Everybody Has Had Special Plans For Him’ Each Week 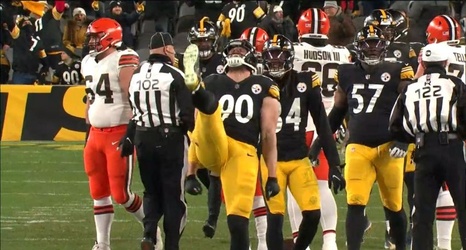 No doubt it varies from team to team, and it can depend a lot on what their situation at the time might be, but generally speaking, teams don’t particularly like it when history is made against them. The Denver Broncos earlier this season, for example, weren’t happy with the Baltimore Ravens when the latter ran a play at the end of the game to manufacture a 100-yard game in order to tie an NFL record for the most consecutive such games in NFL history.

Today, it’s the Ravens who are staring at the other side of history, as the Pittsburgh Steelers’ T.