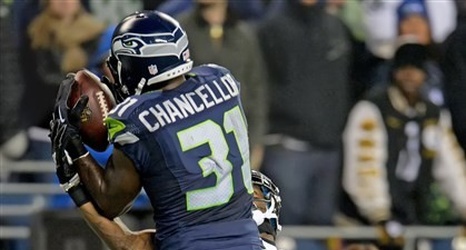 Markus Wheaton: After all but disappearing from the offense, Wheaton had a career game with nine catches for 201 yards that included a career-long 69-yard touchdown. It was the sixth most receiving yards in a game in franchise history. Wheaton had just seven catches for 45 yards in his previous five games. "When you play a team like that with Richard Sherman, the other guy not named Antonio Brown is going to have opportunities," Coach Mike Tomlin said. "Markus did a nice job."

COUNTDOWN: Top five moments from the game Sunday vs.