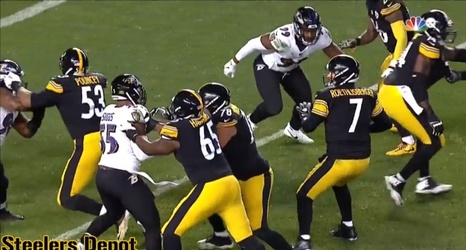 A little over four months after hanging up his cleats for the final time and clearing out his locker inside Heinz Field, former Pittsburgh Steelers’ quarterback Ben Roethlisberger has settled into the role of stay-at-home Dad for his children, preparing lunches, driving them to school and picking them up at the end of the day.

Things seem fine overall for Roethlisberger after 18 seasons at the helm of the Steelers’ offense in a Hall of Fame career. However, Pittsburgh Post-Gazette Steelers Insider Gerry Dulac hinted Wednesday during his weekly reader chat on the PG’s website that there may be some bad blood between Roethlisberger and the Steelers’ organization for the way his retirement was handled, similarly to how Troy Polamalu felt years ago.