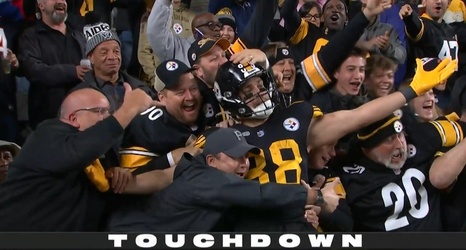 Pat Freiermuth continued his strong rookie season with the first two-touchdown performance of his young NFL career in Monday night’s win over Chicago. But for those who have watched him work since becoming a Steeler, his production isn’t a surprise. If anything, it was entirely expected. Not that it makes what he’s doing any less impressive. Speaking with reporters during his Tuesday press conference, Tomlin evaluated Freiermuth’s rookie season.

“He’s doing what we’ve all seen him do throughout the process and that’s catch the football,” he said. “He makes combat catches. He makes the tough catch seem somewhat routine.