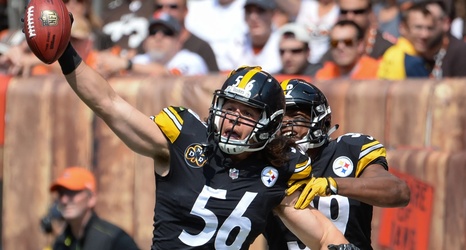 Former Pittsburgh Steelers outside linebacker Anthony Chickillo took to Instagram on Sunday to announce his retirement from the NFL after six seasons.

Drafted as the 212th overall selection in the 2015 NFL draft, Chickillo did not initially make it on the Steelers 53-man roster his rookie season as he was on the Steelers’ practice squad for the first few weeks of 2015. Called up to the active roster at the end of September, Chickillo appeared in seven games as a rookie.

Used primarily as a special teams player and rotational outside linebacker, Chickillo was signed as an exclusive rights free agent in 2017 and was given an original round tender as a restricted free agent in 2018.