Former Steeler Fred Johnson Fitting In With Bengals After Claimed Off Waivers: ‘I Like Playing’ 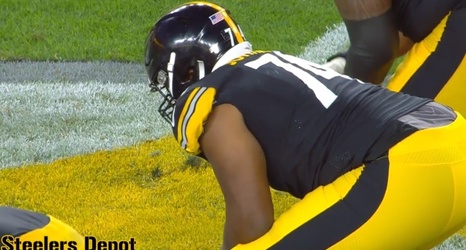 I just so happened to have referenced Fred Johnson earlier today in my daily question post. It’s time to remind you now that the 2019 priority undrafted free agent, who spent most of the season on the Pittsburgh Steelers’ 53-man roster before being waived to make an injury-induced roster move, has since then been a member of the Cincinnati Bengals after they claimed him off waivers.

And in contrast to many such players who get claimed off of waivers, it doesn’t appear as though he is likely to circle back in a hurry, the way that Tuzar Skipper did after spending a chunk of the season with the New York Giants, and even recording a sack in the process.