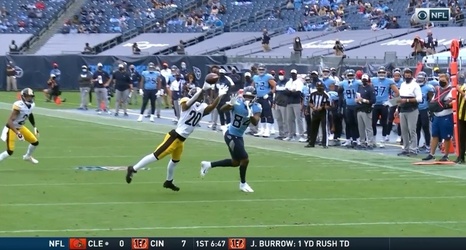 Throughout the week, the focus was on “next man up.” How would Robert Spillane fill in for Devin Bush? Rightly, that was the central focal point of the defense. But they were replacing another man on the defense, too. CB Mike Hilton missed just the second game of his career, giving Cam Sutton the nod as the team’s starting slot corner.

And sure, the difference between Sutton and Spillane is stark. Sutton has tons more experience and is much more proven. Still, it’s rare his role has been as expansive as it was, especially as the Titans played catchup in the second half.