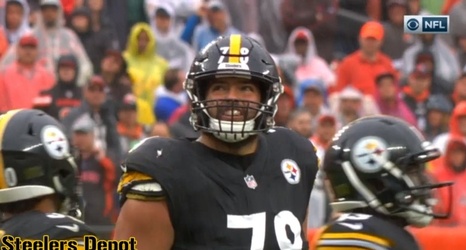 Which current Pittsburgh Steelers player under contract that isn’t on a rookie deal offers the team the most bang for their buck? according to Rivers McCown of Football Outsiders in a Thursday post on espn.com, that player is none other than tackle Alejandro Villanueva.

McCown gave his reasoning why the Steelers starting left tackle has the best valued contract on the team currently:

“Villanueva came to the Steelers late because he was active-duty military, but the massive left tackle has been one of the league’s best since he took over as a UDFA in 2015.