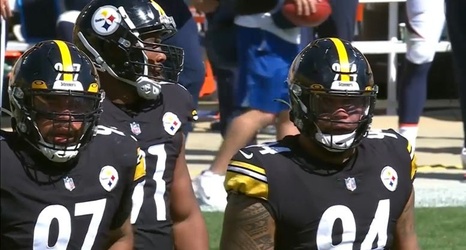 If the Pittsburgh Steelers have one clear and obvious strength, then it has to be their defensive line. Even though one of their starters has actually been recognized through post-season honorifics, all three of them, particularly during the 2021 season, represented some of the highest-level performers at their position in the game.

We see it every week out of Cameron Heyward, Stephon Tuitt, and Tyson Alualu when we watch them play. Pro Football Focus also sees it. They’ve pretty regularly been high on these guys, especially Heyward, so it’s not surprising that they all wound up in their list of the top 32 interior defenders, placing third, 11th, and 29th, respectively.