Dulac: Guard Now ‘Higher Priority In Free Agency More So Than The Draft’ 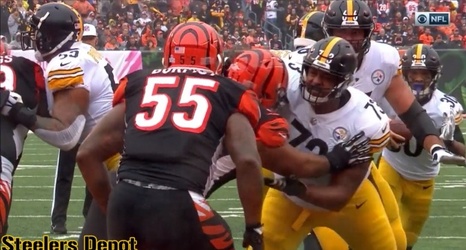 The Pittsburgh Steelers did a pretty thorough job of creating as much room in the salary cap as they could be releasing players and restructuring contracts without doing too much damage to their overall roster, while also retaining a few key players along the way.

They even had enough room left over, so far, to sign a fullback in Derek Watt. What else they are able to do in free agency remains to be seen, but with the retirement of Ramon Foster followed by the loss of B.J. Finney in free agency, one would think that the interior offensive line is a primary target.