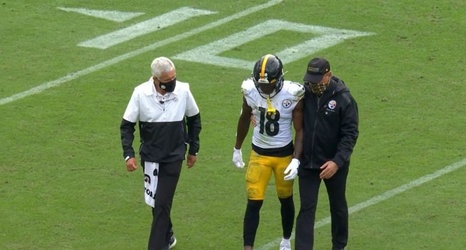 Diontae Johnson was targeted 15 times by Ben Roethlisberger today. In thee full games played with the quarterback, Johnson has been targeted 38 times in all. He set a new career-high today with nine receptions, taking them in for 80 yards and two touchdowns, also the first game in which he has caught two touchdown passes.

All in all, it was a good day for the second-year wide receiver and for the Pittsburgh Steelers, but in both cases, things could have ended better, even if they all worked out in the end. For the team, it took a last-minute missed field goal to avoid overtime.