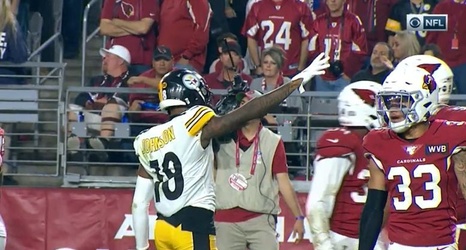 Pro Football Focus isn’t always the biggest fan of the decisions that the Pittsburgh Steelers make. One call that they were on more than most, however, in a positive way, was the third-round selection of Diontae Johnson last year. They were always behind him, and even predicted that he would be their number two target. Of course, he led the team in receptions.

Now, they are predicting him as one of the biggest second-year breakout candidates, discussing him both in an article and a video. Sam Monson writes of the second-year wide receiver:

Diontae Johnson had 680 receiving yards and five touchdowns as a third-round rookie last year, so you could make the case that he’s already broken out.