Did we honestly expect anything less from Myles Garrett? 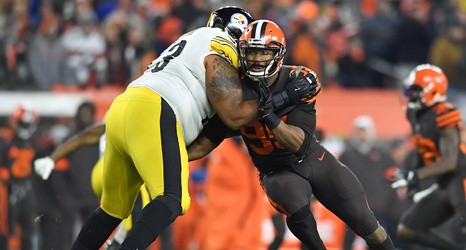 In an interview with ESPN’s Mina Kimes, recently reinstated Cleveland Browns’ defensive end Myles Garrett doubles— or even triples— down on the events which sparked his attack on Steelers’ quarterback Mason Rudolph.

Following the interview, I have to ask myself, “Did we really expect anything less?”

My son had a recitation for school he needed to practice. When he was asked to go over it, he claimed he couldn’t because he had a sore throat. I knew it wasn’t true, but it was the story he decided to go with.