Devin Bush On 2019 Rookie Class Potential To Be Great: ‘We Talked About It Since The Day We Met’ 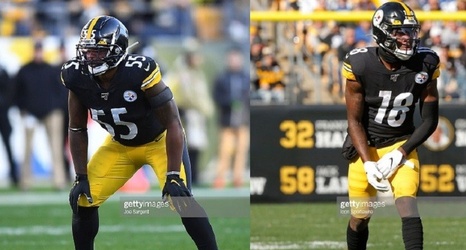 Given what they gave up to get him, the Pittsburgh Steelers understood that the success or failure of their 2019 NFL Draft class, at least in terms of outside evaluations, would be based primarily on first-round pick Devin Bush.

In an extremely rare move—one that they haven’t done since before Mike Tomlin’s time—the team traded up in the first round, going from 20 to 10, to get the inside linebacker out of Michigan, parting with their second-round pick, as well as a 2020 third-rounder.

They did, however, get extra picks in the third and fifth from the Antonio Brown trade, which is actually one of the reasons they were open to pulling the trigger on that deal.