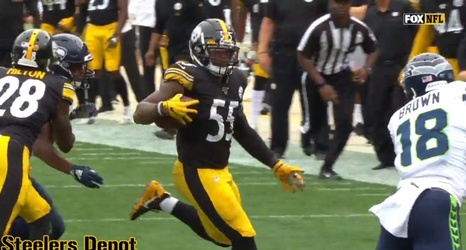 While the Associated Press is regarded as the standard, the definitive when it comes to the All-Pro team, it is the Pro Football Writers of America that is tasked with compiling an All-Rookie team. The AP doesn’t even put out such a team, outside of the Offensive and Defensive Rookie of the Year Awards.

I don’t think it should be anticipated by any means that Pittsburgh Steelers rookie inside linebacker Devin Bush will be expected to win the Defensive Rookie of the Year Award. However, it should come as no surprise that he did make the PFWA’s All-Rookie team.