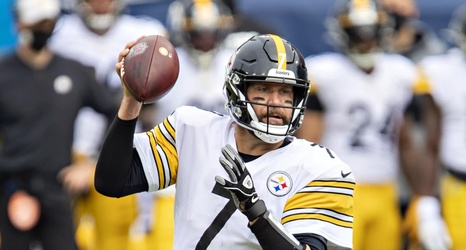 The Pittsburgh Steelers were victorious in Week 7 with a 27-24 win over the Tennessee Titans in Nashville. In the first half it was a dominant performance by the visiting team, and mainly the offense quarterbacked by Ben Roethlisberger.

Roethlisberger hit a wide array of targets, and often let them do damage after the catch. Diontae Johnson and JuJu Smith-Schuster had big days, and the offense exploded to 24 points in the first half.

The second half was not as great, only adding three points to their total, but the folks at Pro Football Focus (PFF) shared how Roethlisberger, at age 38, is utilizing his skill set to the best of his ability.