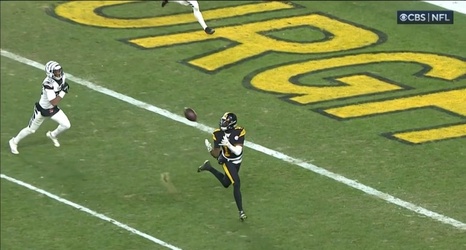 The Pittsburgh Steelers offense has been bad this season, no one will object to that. However, this past Sunday they put up 30 points in their 37-30 loss to the Cincinnati Bengals which was their highest total all season.

Today, rookie wide receiver George Pickens spoke to the media, streamed via Steelers.com, about some of the positives he took away from the Steelers first 30 point game of the season.

“I’d probably say stretching the field and then third down conversions” said Pickens. “On third down we kind of capitalized, which in any football game you have to do to win the game or sustain points.