Deshaun Watson: ‘I’m Truly Sorry To All Of The Women I Have Impacted’ 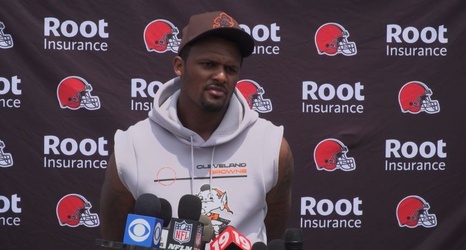 In an interview given just before Deshaun Watson takes his first snaps with the Cleveland Browns, he expressed remorse and regret over his actions that led to more than two-dozen accusations against him and a suspension that’s likely to be increased by the league. Watson spoke with Aditi Kinkhabwala, formerly of the NFL Network and now an analyst for the Browns’ organization, and responded to arbitrator Sue L. Robinson’s report that said she didn’t find Watson to be remorseful.

“I want to say that I’m truly sorry to all of the women that I have impacted in this situation,” Watson told Kinkhabwala.