Derek Watt: ‘I Think I Have Some Versatility In My Game’ As Fullback 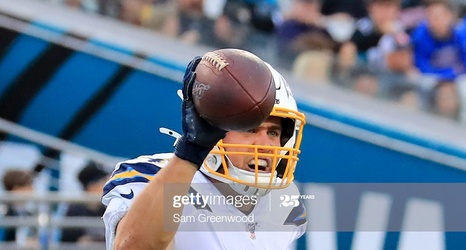 The Pittsburgh Steelers doubled up on brotherly love this offseason after signing fullback Derek Watt, one of the older brothers of T.J. Watt. He joined Trey and Terrell Edmunds as pairs of siblings on the current roster. Center Maurkice Pouncey also has a twin brother in the league—a former teammate of Derek’s—and Vince Williams also had a brother in the league who was briefly on Pittsburgh’s practice squad.

Derek agreed to a three-year, $9.75 million contract to join the Steelers, replacing Roosevelt Nix as their fullback, and Watt is also expected to take his place as a special teams ace.