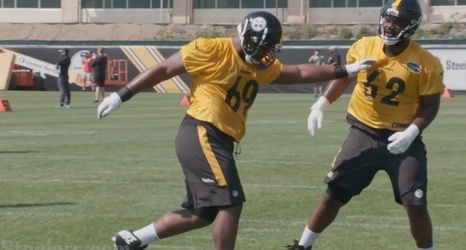 The Pittsburgh Steelers have an open roster spot along the back end of the defensive line, which they are hoping that rookie sixth-round draft pick Isaiah Buggs will be able to fill. After all, they would not have bothered to draft him if they did not anticipate that he would be able to seriously compete for a roster spot.

But while L.T. Walton’s position is now open for grabs, they do have some interesting candidates even beyond Buggs. That includes three players who were with the Steelers throughout the offseason last year, one of whom has been with them for years, including the past two on their practice squad.