Crunching the Numbers: The Steelers stout rushing defense and the challenge ahead 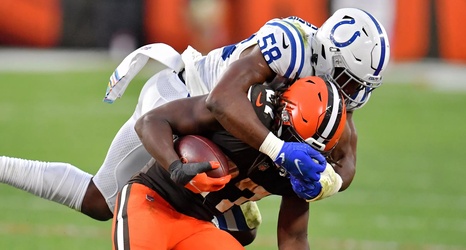 The Pittsburgh Steelers have come out of the first quarter of the 2020 season with a 4-0 record. Additionally, Pittsburgh has been one of the best teams in the NFL it stopping the run. But the teams they have faced so far haven’t been tearing up the rest of the NFL either. On Sunday, the Steelers will go up against the NFL’s top rushing attack in the Cleveland Browns.

In this installment of Crunching the Numbers, we’ll take a look at some of the numbers in regards to the Browns ground game compared to the Steelers stout rushing defense.