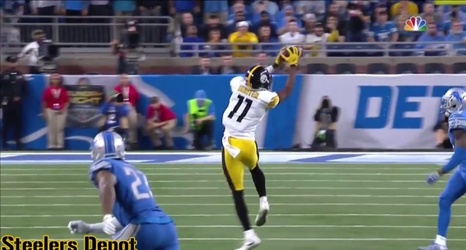 Coming out of Michigan State as a sixth-round pick in the 2022 NFL Draft, current Pittsburgh Steelers tight end Connor Heyward had a long road ahead of him entering the NFL, as far as determining his role at the next level.

Standing just 6-foot, 230 pounds, Heyward was rather undersized for a true tight end in the NFL. A former running back in college at Michigan State, Heyward made the transition to tight end for his final season with the Spartans, ultimately leading to him being drafted by the Steelers in the sixth round, reuniting with his older brother, Cameron, while giving the Steelers a versatile chess piece offensively.