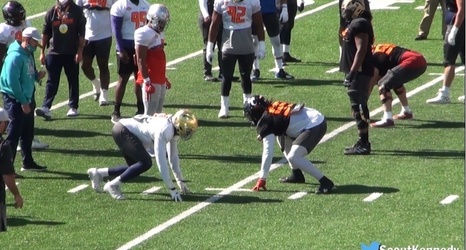 Cincinnati Bearcats OT James Hudson said he’s spoken quite a bit with the Pittsburgh Steelers throughout the pre-draft process. During a Pro Day press conference prior to tomorrow’s workout, he told me he’s spoken with the team multiple times over the last couple of months. In addition to meeting with the team at this year’s Senior Bowl, he said he’s spoke with OC Matt Canada and OL Coach Adrian Klemm and had zoom meetings with the team.

“Yes I have,” Hudson said when asked if he’s spoken with the Steelers. “I’ve talked to a few people on their staff.