Chukwuma Okorafor Finished 10th Among Tackles In Pressure Rate In 2021 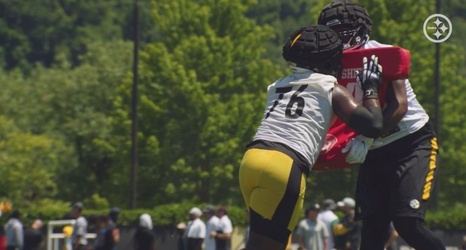 The Pittsburgh Steelers entered this offseason knowing that they had to improve their offensive line, and they addressed it by going out and getting two new starters in James Daniels and Mason Cole. However, the rest of the offensive line projects to remain the same as it was a year ago, including Chukwuma Okorafor returning for a fifth season after re-signing on a three-year deal.

Okorafor was supposed to move from right tackle to left in 2021, but injury issues shortly before the start of the regular season forced an abrupt change of plans, shuffling him back to the right side so the then-rookie Dan Moore Jr.