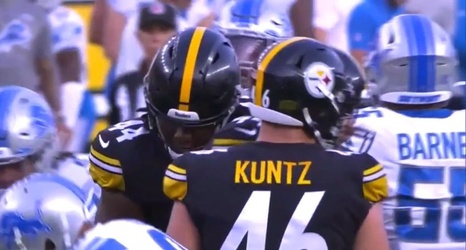 Christian Kuntz was an outside linebacker for Duquesne in college. He put up over 30 sacks and 70 tackles for loss, some of the numbers in school, and FCS, history. That wasn’t enough for him to make it in the league—he spent one day with the New England Patriots in August after going unsigned following the draft, but he fortunately quite literally had a backup plan.

The Pittsburgh Steelers’ new long snapper was the backup at that position in Duquesne, simply because, like James Harrison or Vance McDonald, you just need another guy who can do it in an emergency.