Chase Claypool Expects Harris, Freiermuth To Be ‘Threatening’ Presence Over Middle Of Field 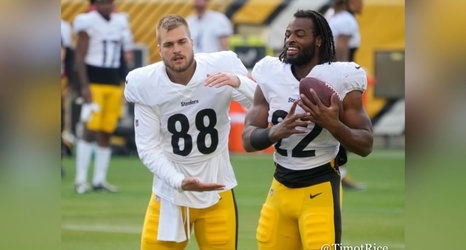 The Pittsburgh Steelers have drafted a lot of high-round wide receivers in recent years. They have all produced, to varying degrees, but there isn’t one among them whom you would argue strongly who belongs in the top 10 in the game right now.

Part of that is simply the product of spreading the ball. Part of it is the limitations of the offense, not just in the passing game, but as a whole. Part of it, of course, is on the receivers themselves. One area that they hope will improve the productivity of the receivers, though, is the boosted threat that they now have inside, with the additions of running back Najee Harris and tight end Pat Freiermuth.