Charlie Batch: Steelers ‘Really Like Mason Rudolph’ And ‘Where They’re At’ At QB 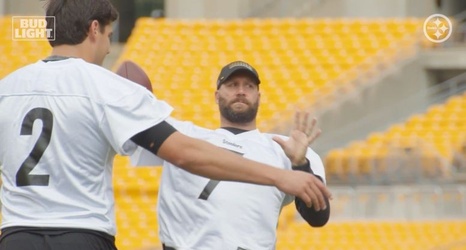 With the report that the Pittsburgh Steelers do intend to honor Ben Roethlisberger’s contract through the 2021 season, one of the questions that arises from that is, where does that leave Mason Rudolph? The fourth-year quarterback is entering the final year of his rookie contract, and they still don’t know what kind of future he has in front of him.

The great thing about being able to draft a guy who right away becomes your franchise quarterback is that you have cheap labor at the most important position of the game for three or four years. With Rudolph due to become a free agent after this year, the Steelers won’t be that lucky in the even that he eventually shows himself to be a starter.