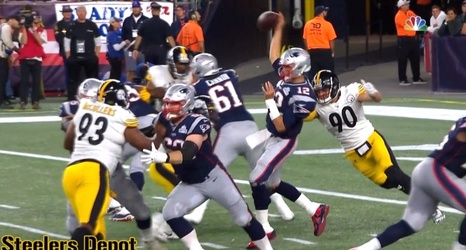 At 1-4, the Pittsburgh Steelers might not seem like much of a threat, but then again, the Los Angeles Chargers aren’t doing a whole lot better this year. And Anthony Lynn’s team is preparing to host that 1-4 Steelers team, doing his best not to take them lightly.

“I don’t see them as a 1-4 football team. They’ve lost three games by nine points”, he said of the Steelers, as I had previously written. “They lead this league in takeaways, forced fumbles. It’s just a matter of time before that group gets it together, and I know that they’ve gone through a couple of quarterbacks, but the young man who came in last week, I thought he was outstanding”.