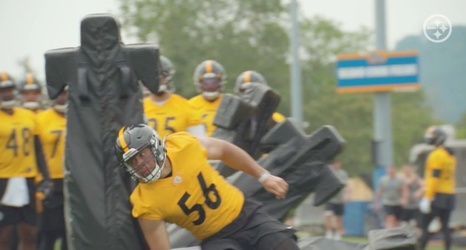 Quite a bit will be expected out of second year Pittsburgh Steelers outside linebacker Alex Highsmith in 2021 as the former third-round draft pick out of Charlotte is now poised to be the starter opposite T.J. Watt this upcoming season. Can Highsmith pick up on the right side of the Steelers defense where former Steelers starting outside linebacker Bud Dupree left off at in 2020? Time will certainly tell. In the meantime, however, and prior to training camps around the NFL getting underway, Highsmith has been tabbed the Steelers under-the-radar player that may be poised for a big breakout campaign in 2021 by Tyler Sullivan of CBS Sports.