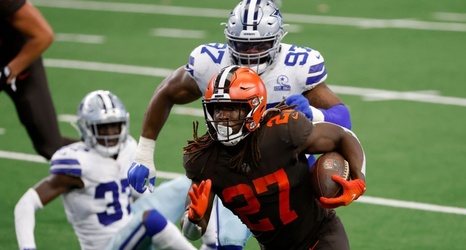 What to watch for: After adequately controlling the run game in their first three games, the Steelers saw Miles Sanders and the Eagles exploit some of the weaknesses opened up by their aggressive blitzing. They'll have to stop the rush better to be successful against a hot Browns team. Even though Nick Chubb will be out, the Browns have a solid ground game with Kareem Hunt -- and quarterback Baker Mayfield's mobility makes him a running threat too.