Can Melvin Ingram Fill The James Harrison Role In The Steelers’ Defense? 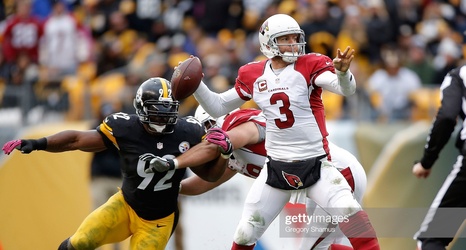 With the recent signing of FA EDGE Melvin Ingram, many Steelers fans have been discussing exactly what role the 3-time former Pro-Bowler will play for Pittsburgh’s defense. Some have suggested that Ingram would immediately come in and start over second year EDGE Alex Highsmith who saw increased play time after Bud Dupree went down last season to an ACL tear, playing well in his stead for the last half of his rookie season and is projected to make a considerable leap heading into 2021. Others see Ingram more as a depth signing to spell Watt and Highsmith on occasion, potentially being brought on the field with the other two edge rushers on passing downs as a situational pass rush specialist due to his ability to generate pressure from all over the defensive formation.