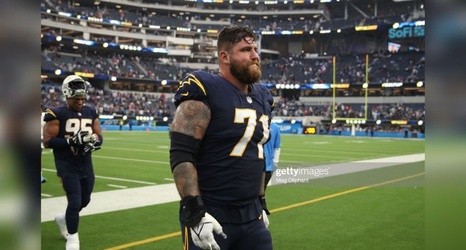 The Pittsburgh Steelers, particularly the defensive line, will see a familiar face on Sunday night when they visit the Los Angeles Chargers, because one of their former starting offensive linemen will be staring against them. That would be Matt Feiler, whom they called “The Anchor” here during his six seasons in Pittsburgh.

Feiler, who started a full season at right tackle after filling in for most of the prior year, and then started at left guard last season, departed in free agency, signing a pretty healthy contract for a former college free agent who marinated for three years on practice squads.