Cameron Heyward On Defensive Play Caller: ‘As Long As They Don’t Have Me Calling Plays, I Think We’ll Be Fine’ 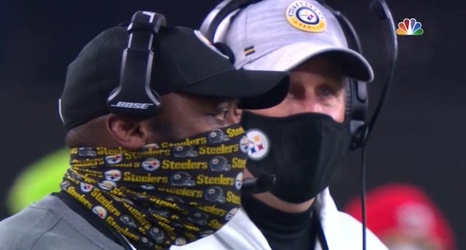 The Pittsburgh Steelers have already made a number of changes to their coaching staff this year in the days following their postseason loss, announcing that they would be moving on from offensive coordinator Randy Fichtner, offensive line coach Shaun Sarrett, and defensive backs coach Tom Bradley. Tight ends coach James Daniel also announced his retirement.

That’s a number of new coaches that they already have to work on replacing, but that doesn’t necessarily mean that they are done. It has been reported that, for now, they intend to retain Keith Butler as their defensive coordinator, which would require his being given a new contract, but that he would operate on a year-to-year basis.