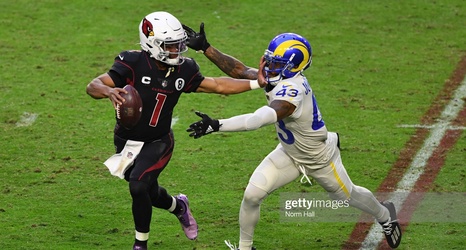 Although the move happened a couple of days ago by now, and is actually probably the biggest move made in the division so far, it’s hard to get to every bit of news when you typically only focus on one story per day.

On the first day of the tampering period, the Cleveland Browns made a big move to bolster their secondary by agreeing to a contract with unrestricted free agent safety John Johnson III, who will be a major upgrade for a secondary that was an ad hoc creation for most of last season.

A former third-round pick, Johnson has spent his first four seasons in the league with the Los Angeles Rams, during which time he has developed into one of the most respected young safeties in the league, even if he has thus far gone without recognition through Pro Bowl and All-Pro nominations.