Browns LT Jedrick Wills: ‘I Thought I Was Trash’ During Rookie Season 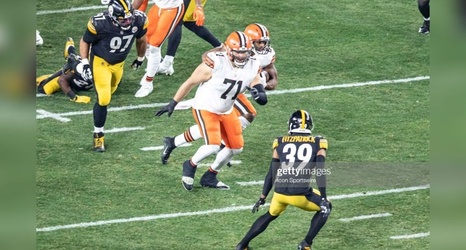 It’s not overly common that you see a college right tackle move to the left side in the NFL. It’s almost always a transition in the opposite direction, when a scouting department doesn’t think a prospect is athletic enough to play on the left side.

Perhaps because the pass rush has become so much more balanced over the course of the past decade or so, which has required a higher degree of player at right tackle, though, the distinction between sides has become far less drastic, and we saw last year in Jedrick Wills Jr. a player who made that transition from the right side to the left for the Cleveland Browns.