Brian Flores Unconcerned With Unsettled Starting ILB Lineup, Looking For ‘As Many Good Players As We Can Have’ 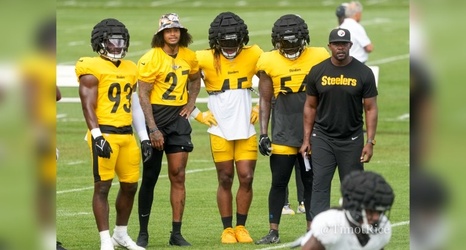 Even though he was quick to downplay any significance to be read in it, Pittsburgh Steelers head coach Mike Tomlin actively made the decision to list Robert Spillane and Devin Bush as co-starters at one inside linebacker position.

That’s not something that you just decide to do randomly for the giggles without there being some real-life context behind it. Yet the team has been active in exploring all of its options. Last week, Myles Jack was used as the sole linebacker in dime packages, yet this week, Bush has been getting a run in that role.

With all the mixing and matching going on, there is a slightly unsettled air at the inside linebacker position.