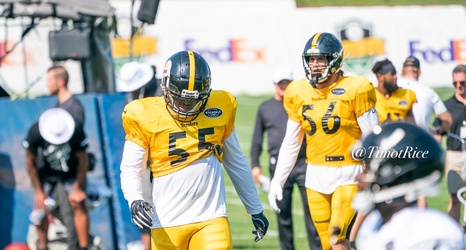 It’s fair to say Brian Baldinger is a big fan of Devin Bush. So much so he believes Bush will transform the Pittsburgh Steelers’ defense to where it was when Ryan Shazier was on the field.

“They have been missing that guy in the middle ever since Ryan Shazier had that horrible injury,” Baldinger recently said on NFL Network. “But [Bush] is a sideline to sideline player, he was all over the field in the preseason game against Tampa. They just haven’t had a player who can run 4.4 in the 40 in the middle like that who can cover so much ground and make so many plays.