Booger Sees Kyle Trask As Fit For Steelers, But ‘Let’s Not Forget They Have Dwayne Haskins’ 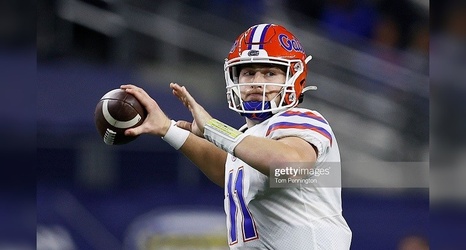 You are going to hear a lot of talk about speculation about whom the Pittsburgh Steelers’ next quarterback might be until they actually have their ‘next’ quarterback, and by that I mean a true franchise player, not somebody who would forever be viewed as a bridge player barring a radical improvement, like Mason Rudolph.

I don’t expect that the team will be drafting a quarterback this year, as it doesn’t really sit well with the idea of them going all in on making one last Super Bowl run with Ben Roethlisberger at quarterback, but nevertheless, it is not an option that can be simply dismissed out of hand.