Booger McFarland: ‘Cam Heyward Is A Top Five Interior Force In The NFL’ 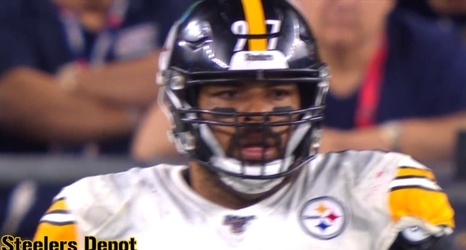 Sack guy or not a sack guy? That has seemed to be the debate surrounding the name of Pittsburgh Steelers’ defensive lineman Cameron Heyward. The conversation on Heyward’s ability to get to the quarterback started on a Monday Night Football contest a few months ago when ESPN broadcaster Booger McFarland described Heyward as not a sack guy. While McFarland’s comments ignited a lot of backlash at the time, he never intended any disrespect to the Steelers’ defensive lineman.

“I meant no disrespect to Cam. I said he wasn’t a sack guy based on the defensive lineman that traditionally get 15-20 sacks consistently,” McFarland explained.